City of Dallas Water Utilities has had conservation programs since the early 1980’s. Over the years those activities increased to include children’s activities, water conservation seminars/workshops, an annual Water-Wise Landscape tour and more. In 2001, the Dallas City Council took conservation efforts to another level by adopting an irrigation ordinance which included time-of-day watering restrictions.

The ordinance and other measures have reduced gallons per capita per day in Dallas by 26% since 2001 resulting in: 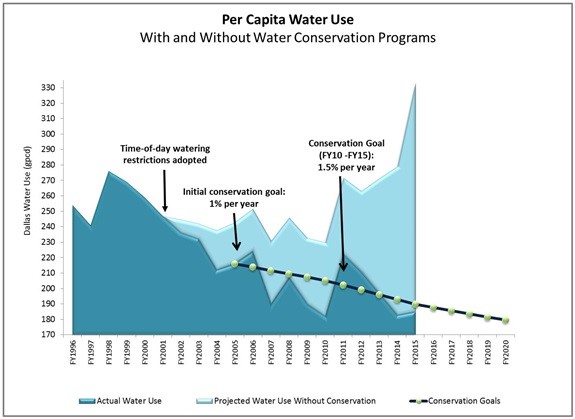 For more information about the conservation intiatives underway at the Dallas Water Utilities, visit www.SaveDallasWater.com.