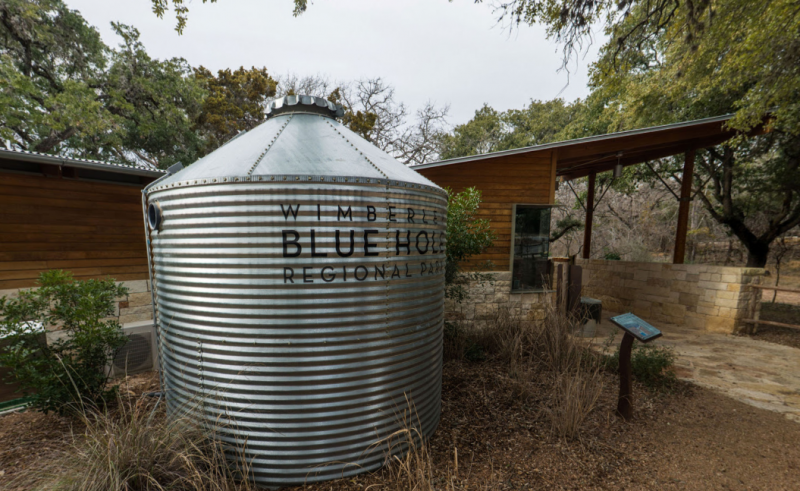 Located in the heart of the rugged Texas Hill Country, the cool pristine waters of the "Blue Hole" have attracted local swimmers for decades. Threatened by development, the swimming hole and surrounding 126 acres were purchased in 2005 by the City of Wimberley to protect the beloved icon, which had nearly been "loved to death" by overuse, and to create a sustainable regional park. Informed by a stakeholder-led design process, the design team created a plan that protected and enhanced the site's ecologically sensitive areas, despite the addition of 320,000 sf of new park development. Today, the park offers an enhanced swimming hole, an extensive interpretive education program, and active recreation amenities for thousands of annual visitors.

Restoring the Park for the Future
To restore Blue Hole's banks, invasive cedars were removed, a new understory was established, and limestone recreation access points were added to protect the cypress from further damage caused by swimmers. Through low-impact development principles and land sensitivity analysis, the design team minimized the impact on water quality and native flora and fauna by restricting new development to areas previously damaged by former agricultural use and by limiting impervious surfaces to less than 8% of the site -- a new precedent for parks in this area. To ensure signage and structures were in keeping with the design character of the Texas Hill Country, native stone and hardwood were used. To address economic stability, a custom Operations and Maintenance Plan was created to ensure the park remains fiscally sustainable for years to come.